Based on the proven game mechanics of Xhodon, players can enjoy a new map, new heroes, new sentinels, sounds and a completely redesigned interface!

Trollgames has been running Xhodon for 10 years. For the 10th anniversary, Trollgames wants to make another big step forward. Xhodon 2 started the Open Beta on 12.12.2018!

Xhodon 2 is a portal into a magical world full of might, magic, and adventure. Together in the war camp with friends and guild members, the player can compete against thousands of other magicians in the world of Xhodon. Together, guilds can protect their artifacts and secure a bonus for all members. The player can send his magician on meditation and move through the land with his own heroes! It is possible to stop your hero on any coordinate of the map and plan new adventures and attacks.

More than 2,400 items are waiting to be discovered and used. Find your fortune as a merchant, a skilled diplomat or a combative player. Xhodon actively encourages the community by a collective pearl exchange, an individual profile, a well-developed guild system and much more. The complex war system and
the beginner protection guarantee that even small and new players do not lose the fun of playing. Those who are in the top places in their own league can present themselves with awards in their profile. Xhodon 2 also offers an innovative summoning system that gives the player the wonderful opportunity to
decide for themselves when their building will be completed. Xhodon 2 was developed as a cross-platform title. It is already very well playable in the browser on mobile devices. A separate app will follow soon. Sign up now at www.xhodon2.com!

You can play Xhodon 2 in these languages: 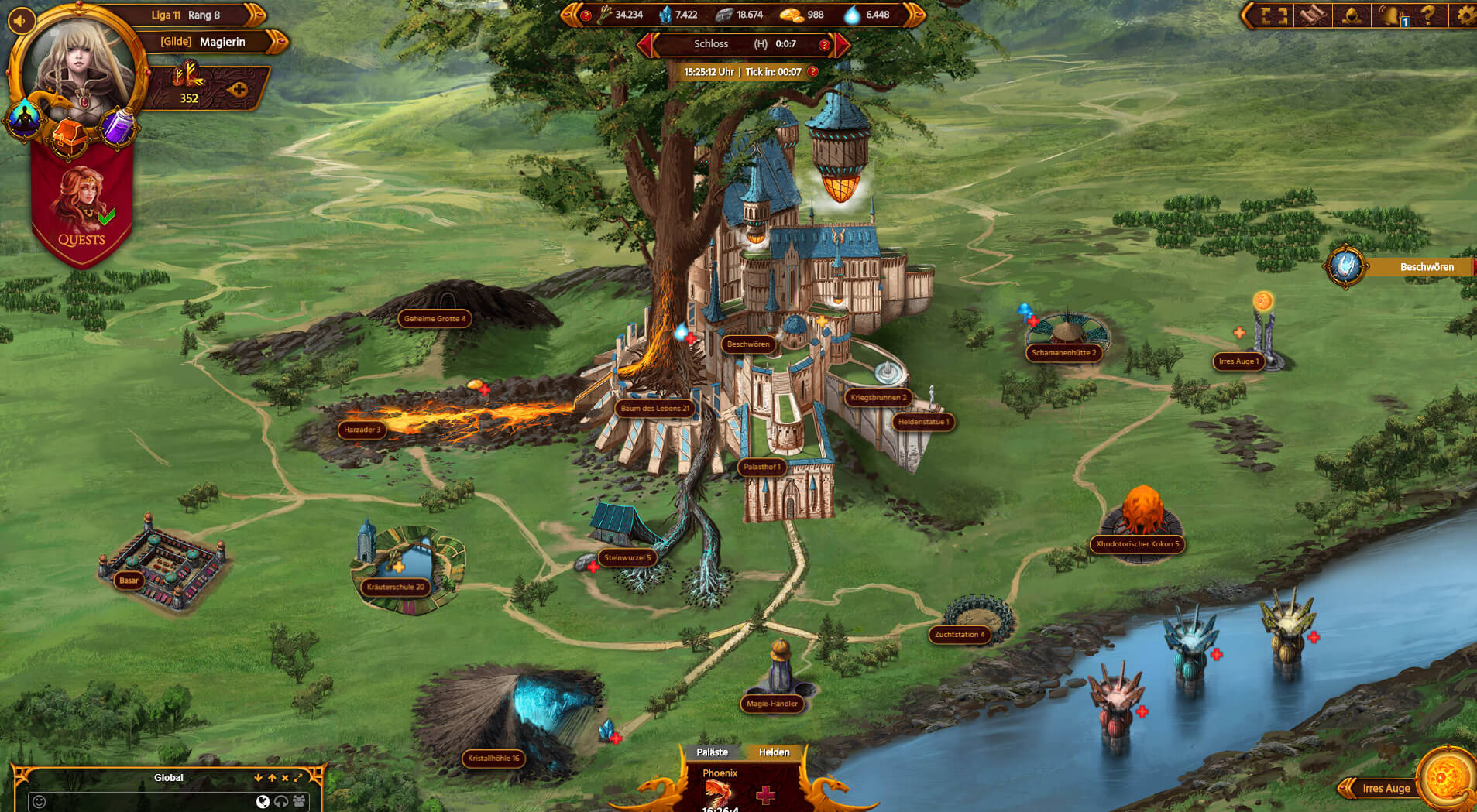 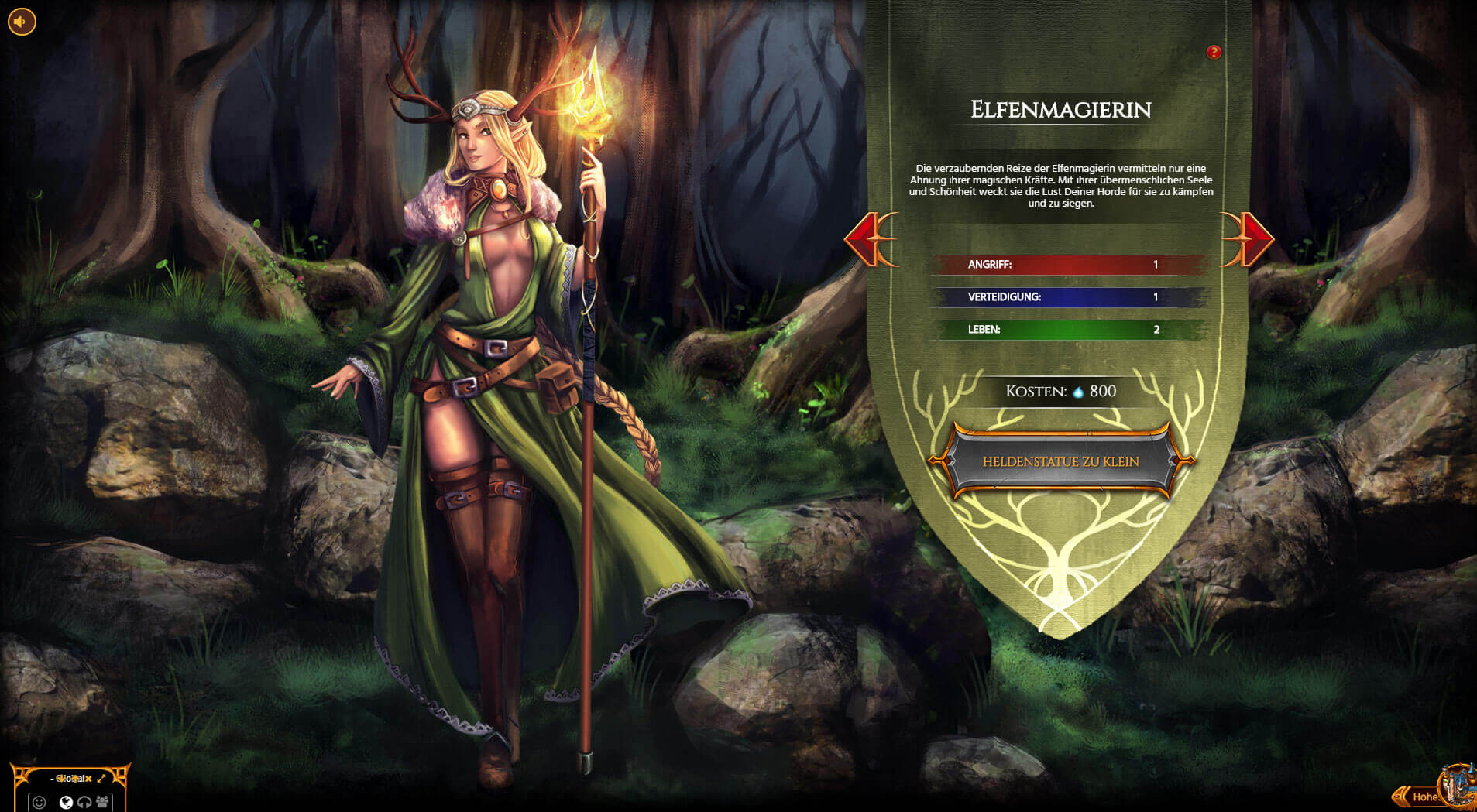 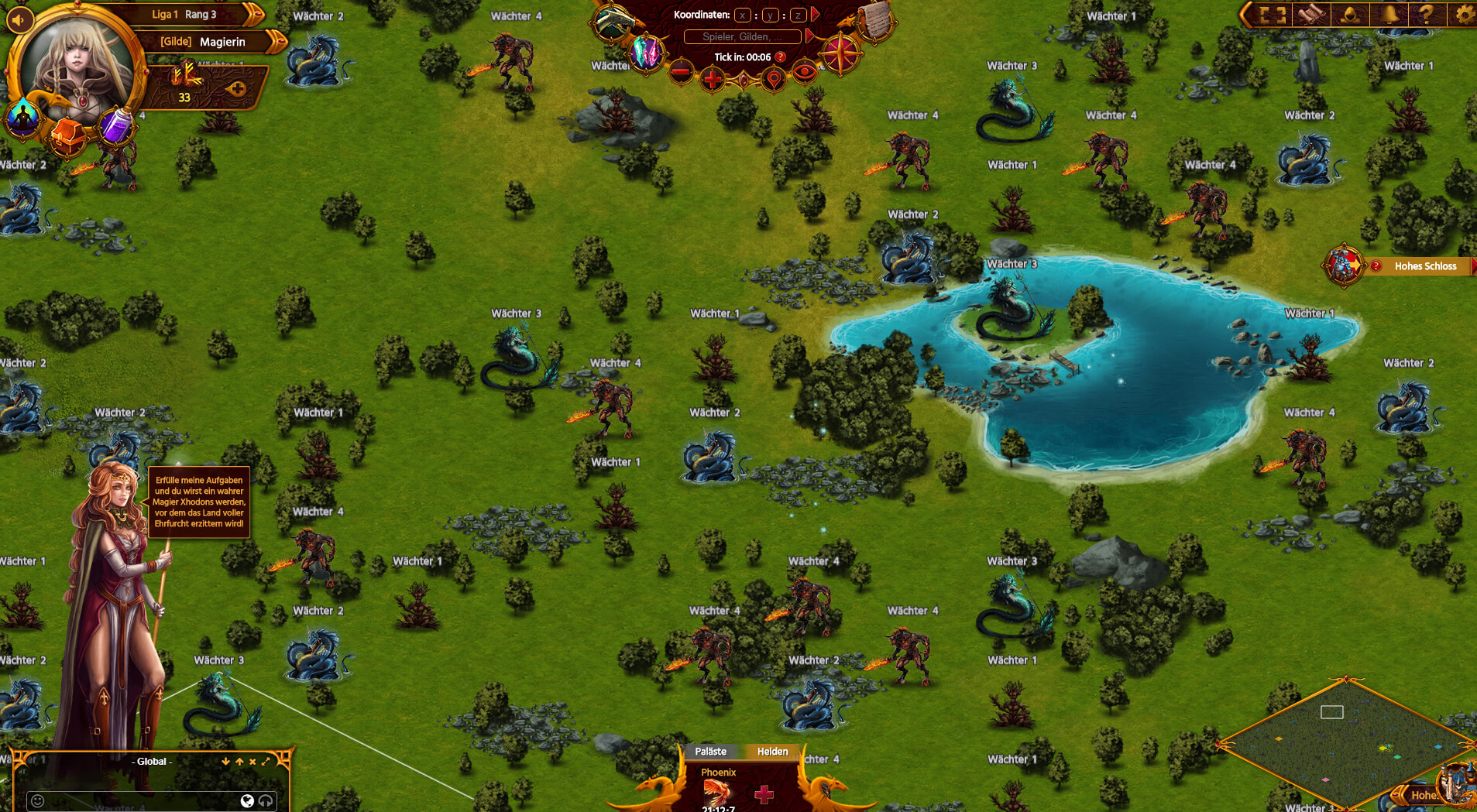 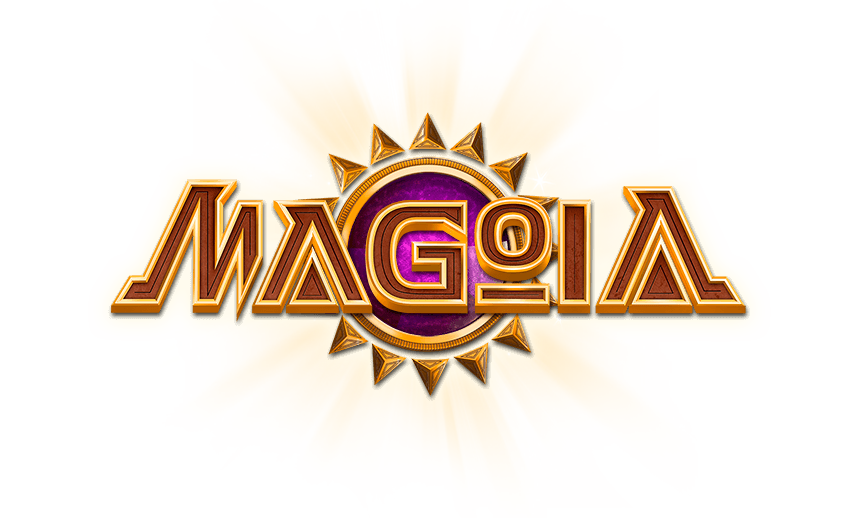 Can you feel the call of your tribe? The magical people of Magoia are waiting for you. In your fantasy world of Magoia you can harvest fantastic plants, brew magic potions and raise abandoned dragons. There are countless and beautiful plants for you to discover.

But your world is threatened by the shadow. The shadow, which was created thousands of moons ago, sends monsters into your gardens and onto your island to bring harm to you. Prepare yourself and chase away the monsters with potions and herbs from your paradisiacal island. To have a chance against the shadow and the other challenges in Magoia, you can team up with other players in clans and make new friends.

Discover the world of Magoia now and follow the call of your tribe.

You can play Magoia in the following languages: 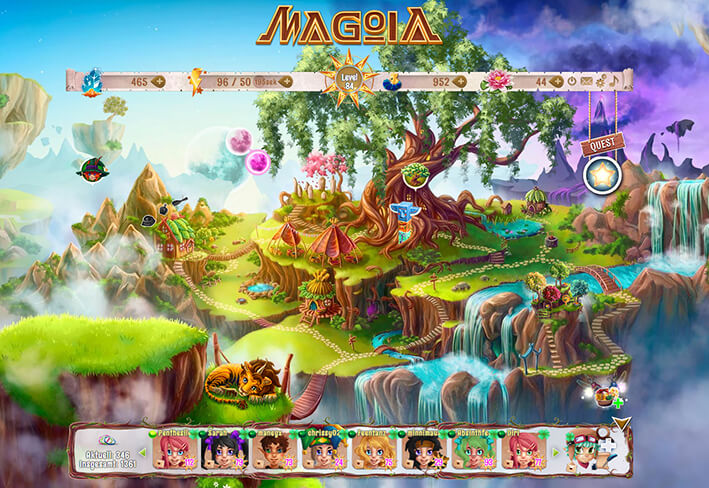 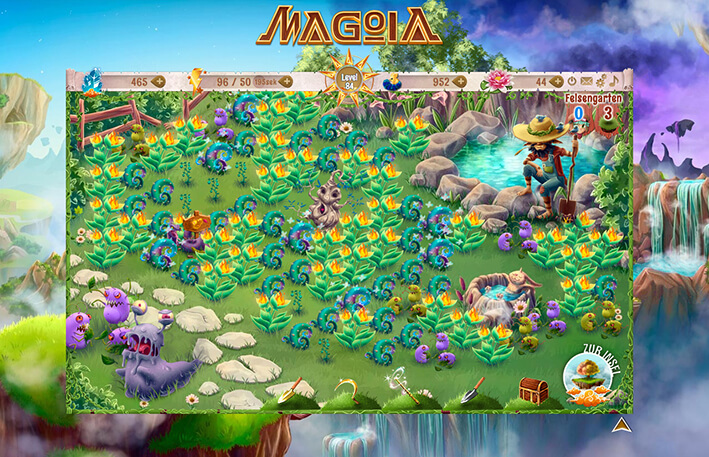 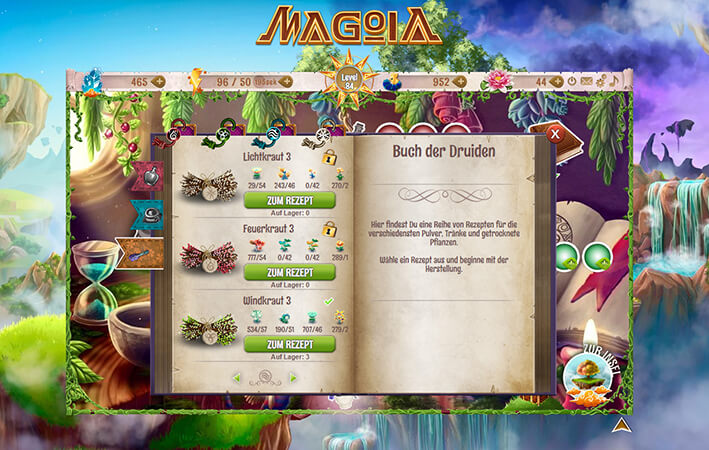 A young prince is to become king, but his dream is in danger. His great love is attacked and a conspiracy against the royal house is revealed.
Will you help the young King Louis to lead his Swan Castle to unimagined splendor? Can you unmask the conspiracy against him?
Renovate, decorate a true royal castle, accompany the young king in his adventures, his dramas, joys, challenges and touching moments.

You can play Merge Castle in the following languages: 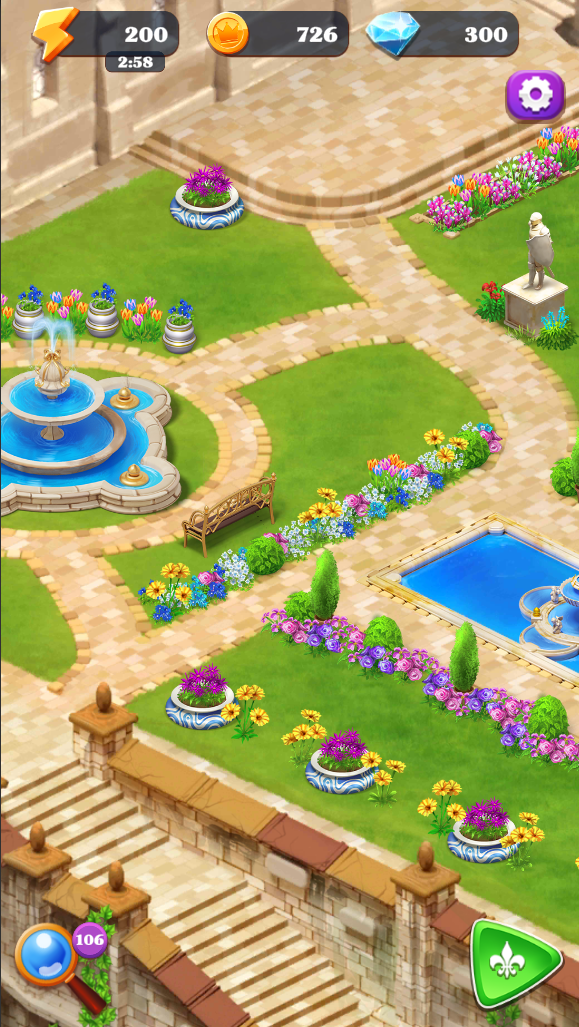 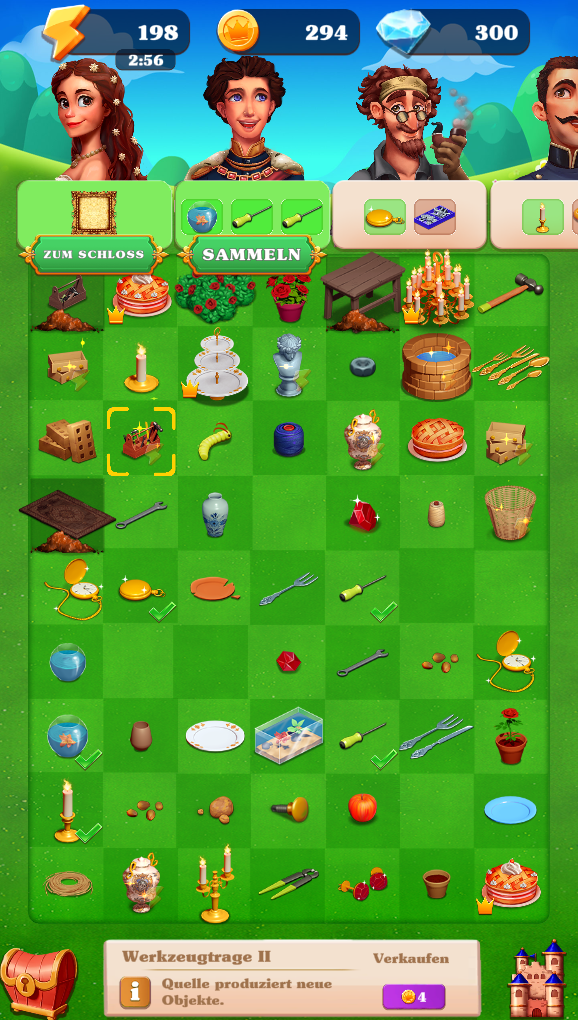 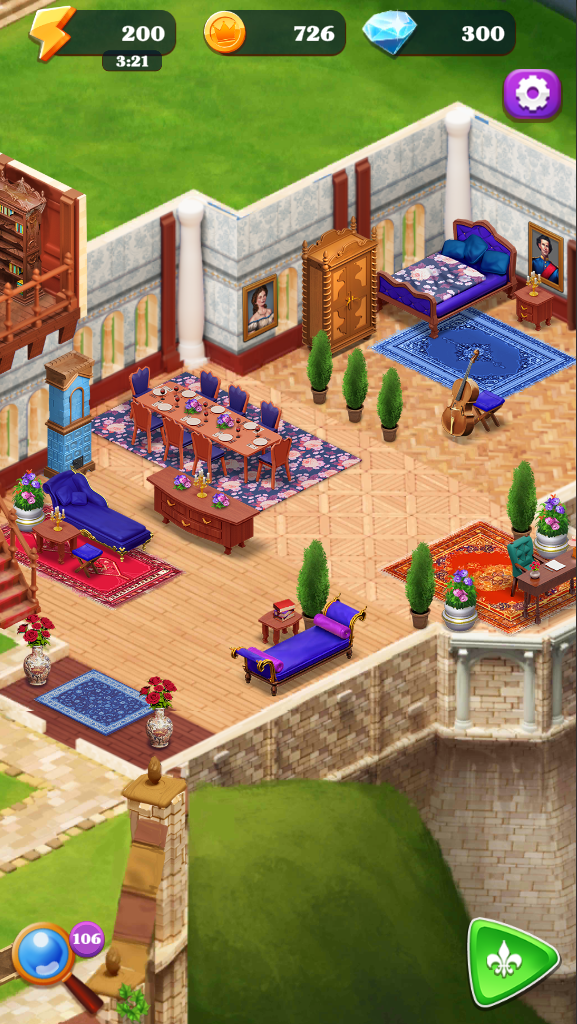 Xhodon is your gateway to a magical world full of power, magic, and adventure.

Make a decision! Does your heart call the shadow or does it long for the light? Solve quests together with thousands of other magicians. Collect valuable items and protect magical artifacts in your guild. Equipped with the latest Ajax technology, and thus with very fast loading times, Xhodon can guarantee you maximum gaming fun. Send your magician on meditation and chase through the lands with your heroes! Fight against sentinels and steal their countless riches! Over 2,400 items are waiting to be controlled and utilized by your power. Xhodon is free to play for you. Your unicorn carts are ready to complete your trade and your stone-throwing mountain trolls are just waiting for your orders to win the next battle.

Xhodon can be played in the following languages: 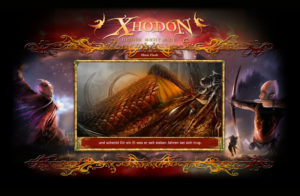 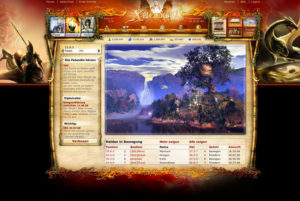 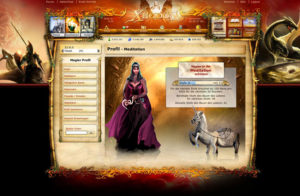 Travel to wonderful lands and get treasures in battles against fascinating creatures.

Find your fortune as a merchant, skilled diplomat or cold-blooded fighter. My Magic Tales actively promotes the community. An individual profile, a well-thought-out guild system and much more promote the contact between the players. The intelligent war system and the beginner protection guarantee that even small and new players will not lose the game fun. If you are number one at the end of the month in your league, you can present yourself with an award in your profile. My Magic Tales offers a unique player experience - find out now.

You can play My Magic Tales in the following languages: 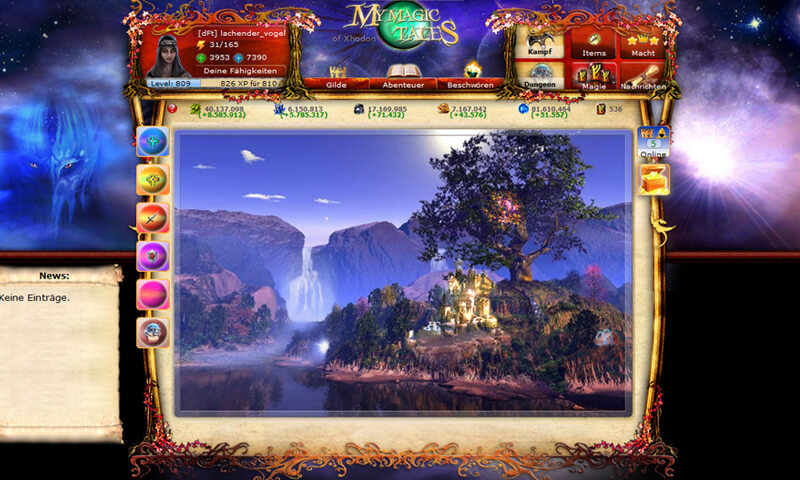 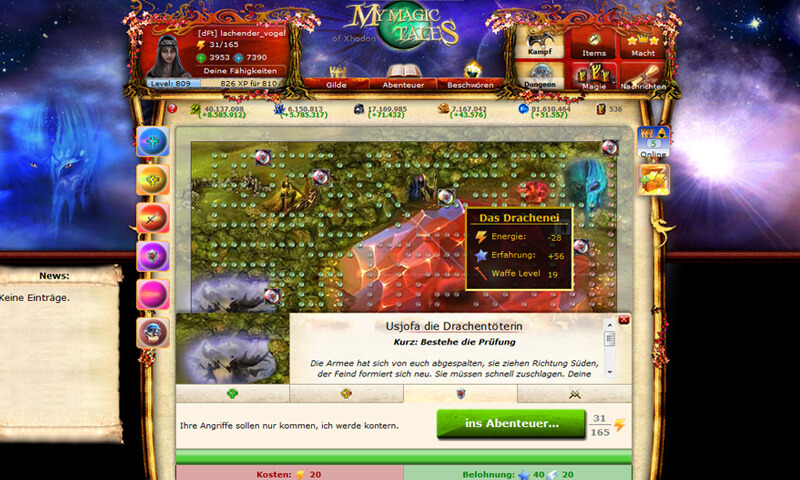 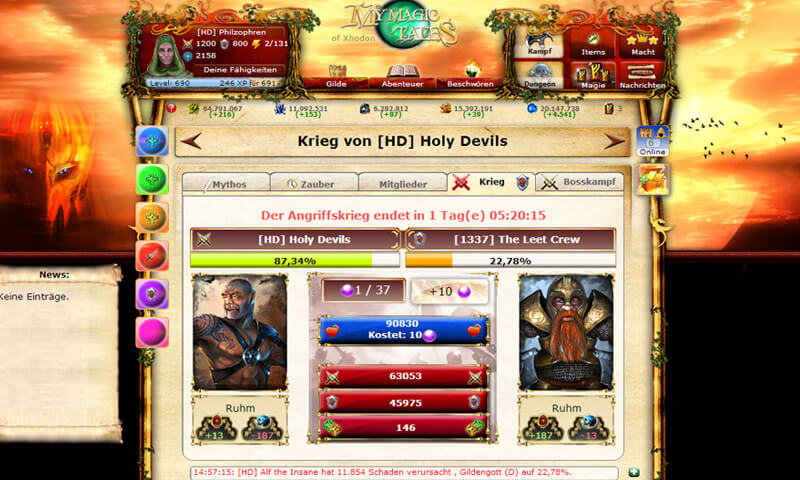 You set up your headquarters on a hidden island in the middle of the sea. From there you'll start risky rescue missions. Soon the news spreads that someone is there to protect the oceans. You heal injured whales, raise orphaned seals and help wherever you can.

But you won't get very far on your own. Find volunteers to join your crew and support you in the really hard missions. You can only make it together. You are the last chance to save the oceans.

You are the Ocean Hero!

Ocean Hero can be played in the following languages: 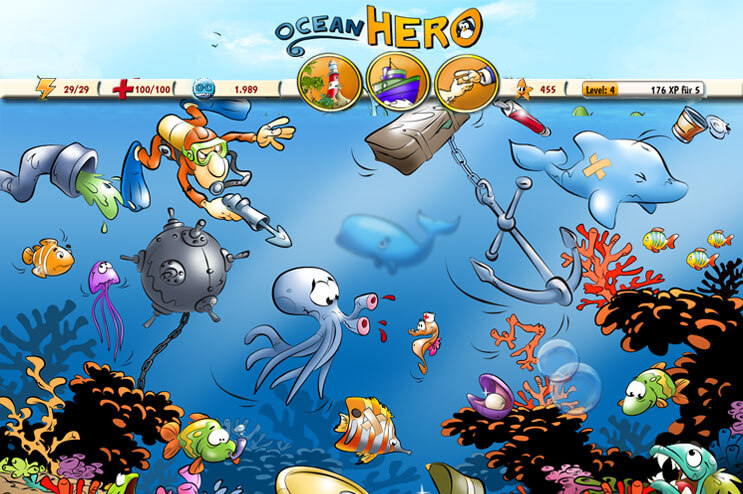 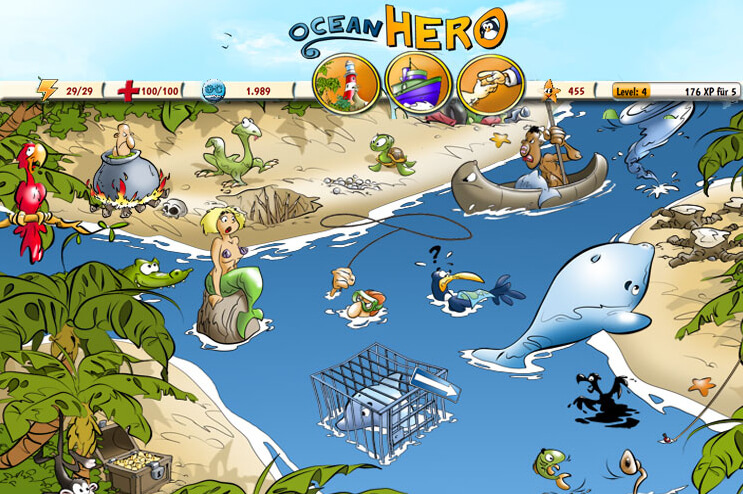 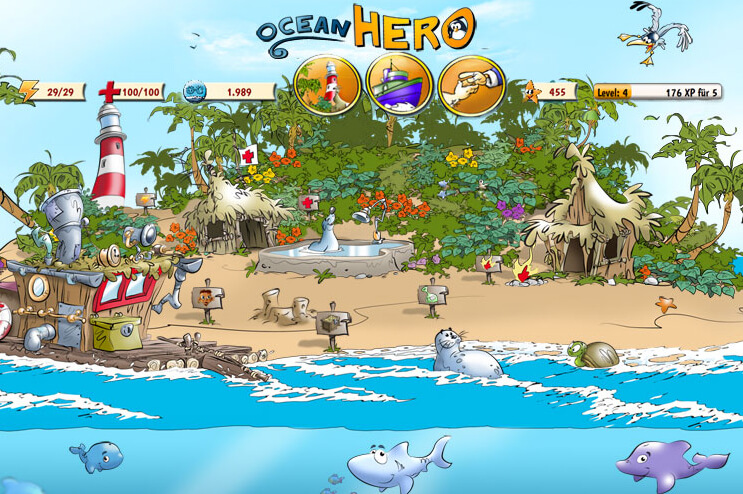